At its very core, music is another form of art. END_OF_DOCUMENT_TOKEN_TO_BE_REPLACED

Many dog lovers have long believed that music for dogs is a myth. Nevertheless, several studies have already exposed that animals normally react positively to music. Researchers in Scotland have now discovered that dogs also enjoy listening to music. They played different genres to dogs in animal shelters, including pop, classical music, reggae, and soft rock, while the heartbeat and therefore the stress level of the dogs was measured with an EKG. This way, they were able to see that as the music played, the dogs became quieter.

So if you want to do something good for your four-legged friend, you can turn on your preferred playlist and see how your dog reacts. But be vigilant as not all dog breeds like all music genres in the same way. You can use music when giving vitamins (https://www.ilovechihuahua.dog/vitamins-for-chihuahua-buying-guide/) to your Chihuahua.

What music do dogs like? Soft rock and reggae are the favorites

The dogs in the study reacted very positively to music regardless of the genre. However, as the researchers discovered, their favorite music genres were soft rock and reggae.

The dogs’ taste in music can be acknowledged in the study through the fact that the level of their stress dropped considerably. However, not all dogs responded the same way. The results of the study, as confirmed by the researchers, suggest that dogs, like human beings, prefer to listen to particular music genres and less to others. 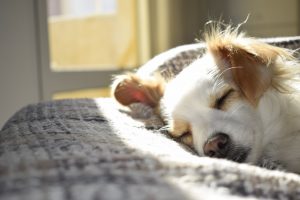 There are now CDs, playlists, and even apps intended for dog ears. This is typically relaxing music for dogs. Thus, if your dog is uneasy, try music to calm him down. Music is not only good for dogs in stressful situations. In addition, you can play music when your dog falls asleep so that he can relax even more. Puppies in particular can benefit from music, as they need between 15 and 22 hours of sleep a day for the first few weeks. And the more active your little pup is, the more sleep he needs.

Dogs listen to music much more intensely than humans

Dogs have finer hearing than humans. When listening to music with your loved one, always make sure that the music is not too loud. Since dogs are many times louder than you hear, loud music can be not only annoying but also harmful to them.